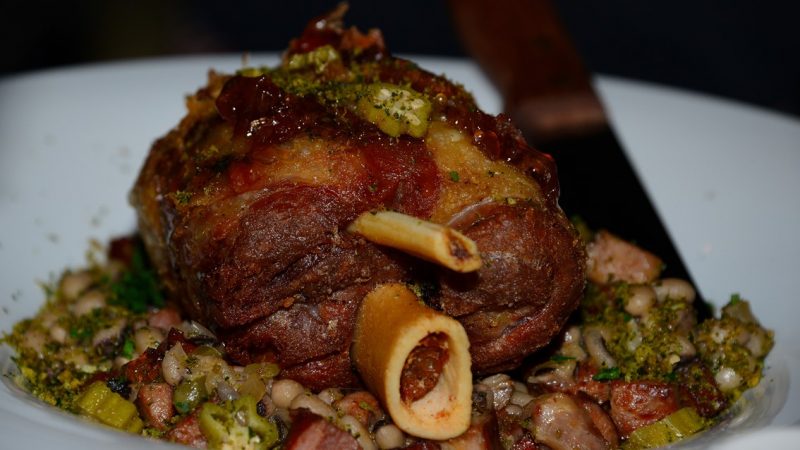 The South is rising again in Connecticut—and it’s a good thing. Don’t worry, you won’t be seeing a Confederate flag flapping over the Capitol or The General Lee tearing up the dirt roads of Roxbury anytime soon. But Southern food is definitely making inroads in the Land of Steady Habits.

Like the wide swath of territory encompassed by the South itself, Southern food is a broad term. Its roots range from Northern European to Spanish, African and Native American influences, and the rich cooking tradition encompasses a number of sub-genres—Low Country, Tidewater, Appalachian, Florribean, Cajun, Creole and Island. (We’ll save Soul Food and Barbecue for another day.)

A fair number of Connecticut restaurants devote significant portions of their menu to Southern fare. But in other restaurants as well, Southern ingredients and dishes have been getting good play of late. Fried pickles, deviled eggs, chicken & waffles, and shrimp & grits seem to be everywhere. Pimento cheese dips are trending like poutine. Beignets will not be kept at bay.

Borselle attributes much of the restaurant’s early success simply to filling the niche of neighborhood spot with good pricing and food. “But I think they’re loving the Southern food not just because it’s different but because it’s good different. It’s relatable. We’re drawing from all walks of life. And we’ve had people from Louisiana, Tennessee, Carolina give us props because our food is just as good or better than they’re used to.” 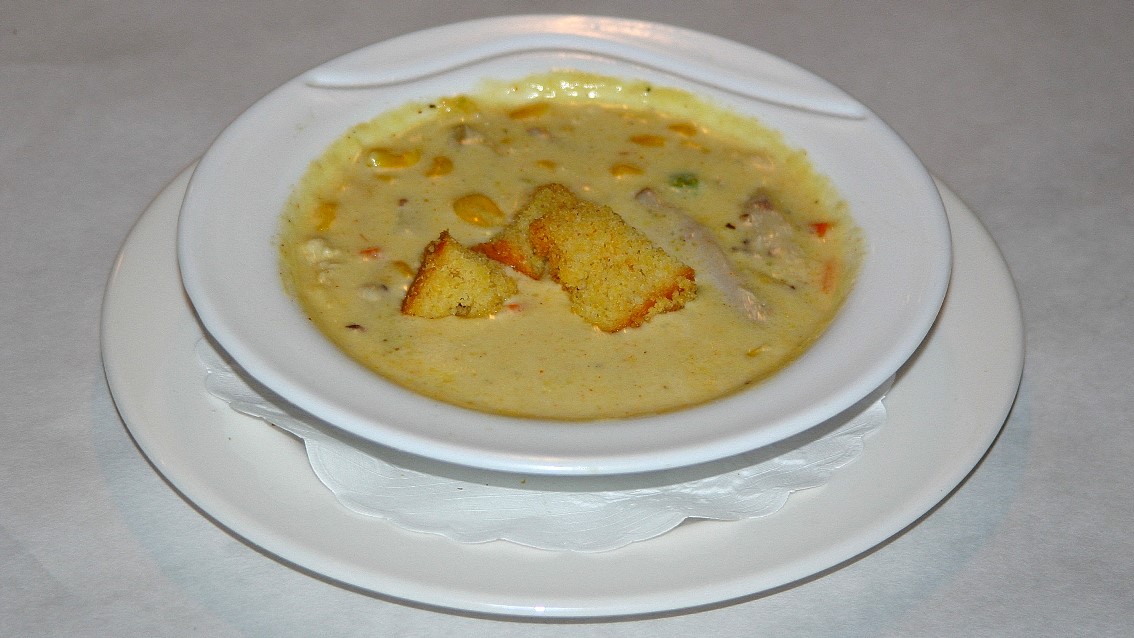 Jonathan Harris, a native of Nag’s Head on North Carolina’s Outer Banks, was the opening chef at J. Christian’s, an elegant Wallingford eatery offering Continental fare with Southern influences in a renovated 1920s bank. Its Southern offerings include gumbo, crab cakes, jambalaya and shrimp & grits. He says people interested in Southern food are “looking for a change. I grew up with all seafood restaurants, no Italian restaurants. People want to try different foods.” Harris moved on to Park Central Tavern in Hamden late in 2016, a New American restaurant where his Southern additions have also done well, including jambalaya, shrimp & grits, she crab bisque, deviled eggs and warm pimento cheese with crackers.

But is it just that Southern food is a nice change of pace, or is there something inherent in the nature of the food that’s especially appealing? Mike Clauson, a Salisbury, N.C., native who for six-and-a-half years has operated quaint, cozy, Southern-themed 457 Mason Jar in Bristol, credits the Food Channel with opening people up to other cuisines. He adds that a lot of ex-military people who were stationed in places like Fort Bragg are pleased to find the Southern food they remember.

Judith Roll, a Milwaukee native raised in Scarsdale, N.Y., who graduated first in her class from the CIA and owns Judy’s Bar & Kitchen in Stamford, calls herself “a Jewish girl gone wild.” She says she surprised a lot of people when she opened a Southern restaurant on the heels of her popular Middle Eastern restaurant, Tabouli Grill, also in Stamford. Roll subscribes to the notion that people “are looking for something different.” But she thinks Southern food especially resonates because “it’s a return to comfort food. It’s quintessentially food that represents family, eating together, picnic foods…” Her smoked wings, brisket and ribs, fried chicken, Cajun catfish, chicken-fried chicken livers with sweet-and-spicy onion jam and Nilla wafer banana cream pudding all move very well. The award-winning Peach Pie cocktail is perfect accompaniment.

Although Greer Fredericks, whose middle name is Peaches, was born and raised in Ridgefield, she is probably Connecticut’s most prolific Southern restaurateur. In November 2016, she opened her third Southern restaurant in Norwalk, Peaches Southern Pub & Juke Joint.

People were slow to warm up to some of the lowbrow pleasures of Southern cooking, Fredericks says. “Five years ago at Mama’s Boy, I couldn’t sell fried chicken & waffles because no one had heard of the dish, but when I made it Cornish hen with cornbread waffle, it flew out of the restaurant. Now at Peaches, I can offer a bucket o’ chicken.” Other big sellers are her shrimp & andouille gumbo, catfish po’boy, and especially, her beet-brined deviled eggs with braised bacon and pickled okra. 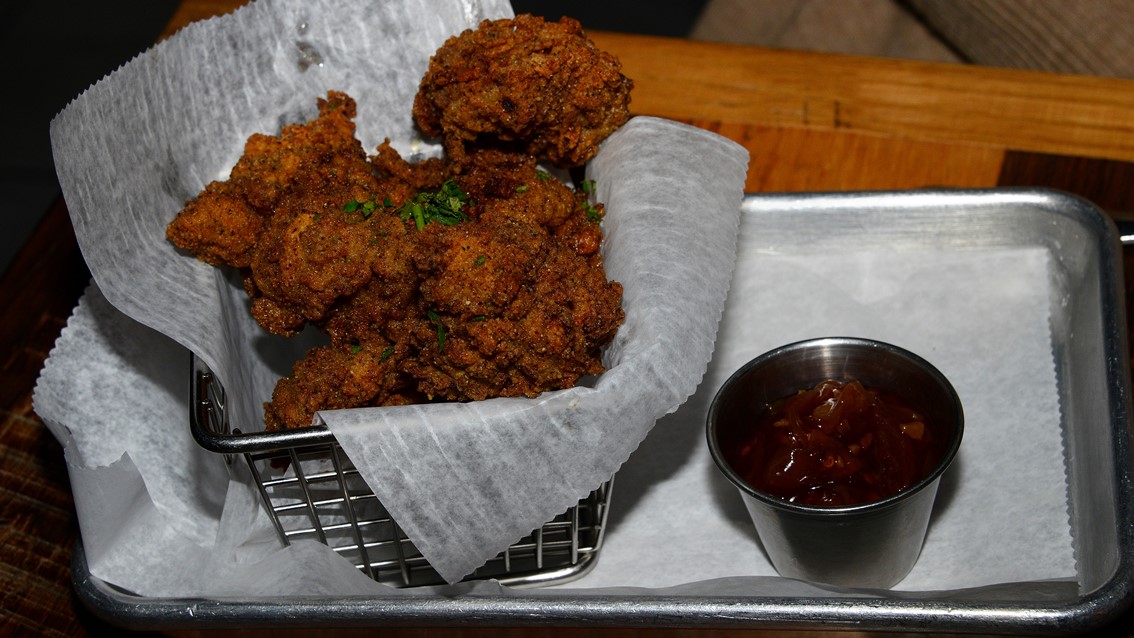 It’s not clear whether the rising popularity of Southern-themed drinks has gone hand in hand with increased interest in Southern food or whether it may have helped spark it. Kyle Swartz, managing editor of Cheers magazine and a Wallingford resident, says he’s “seen a lot more Southern-themed drinks of late.” He also confirms that brown spirits have been outpouring clear spirits for the past several years, with bourbon and rye accounting for much of the growth.

While Southern food and drink clearly are on the rise, Hartford’s Black-Eyed Sally’s has been serving them for 21 years, along with a heaping helping of barbecue, jazz and hospitality.

“Now that it’s trending, we’re here to catch the wave as well,” says owner James Varano, a Connecticut native. “When we opened, our purveyors told us nobody will eat things like catfish, collard greens and okra. We sell hundreds of pounds of them a week. Then five years ago, they told us deviled eggs wouldn’t sell. I guess we’ve been ahead of our time.”

Like these desserts, many Southern foods are guilty pleasures. It is not an especially health-conscious cuisine. Many Southerners can’t fit in their Daisy Dukes like actress Catherine Bach or enter through the windows of their ’69 Dodge Charger like Bo and Luke Duke.

However, Fredericks sees another side to Southern cooking—namely, that “it’s one of the most farm-to-table of all cuisines.” In the South, she says, “people’s gardens are right in their backyard, you pick food from your garden and then you figure out what’s for dinner. Like all cuisines, depending on what you choose to eat, Southern food can be fattening—or not.”

Roll, whose menu includes veggie sticks with low-fat pimento cheese, laughs when asked about the healthfulness of a Southern diet. “What am I going to say—never eat it? I’d be out of business. You can’t eat clean all the time, anymore than you can eat rich all the time. It’s got to be a balancing act.”

There are plenty of other Southern-themed restaurants in the Nutmeg State. Without any attempt to be exhaustive, it’s worth noting Landing Zone Grill in Harwinton for alligator tenders, Cajun popcorn (crawfish) and frogs legs in spicy red sauce; Queen Zuri New Orleans Delicacies in New Haven, Milford and Stratford for gumbo, jambalaya, shrimp & grits and bread pudding with Bourbon sauce; Red House in Deep River for fried pickles & okra, pig wings and Dr. Pepper beef brisket; the Bayou Smokehouse in Groton for three kinds of gumbo (including gator), gator bites, pan cornbread and jambalaya; and the Voodoo Grill in Mystic for hush puppies, blackened catfish, country-fried steak and shrimp & crawfish étouffée.

Southern cooking is coming into its own in Connecticut. Look around for good Southern fare and you’ll find yourself whistlin’ Dixie. 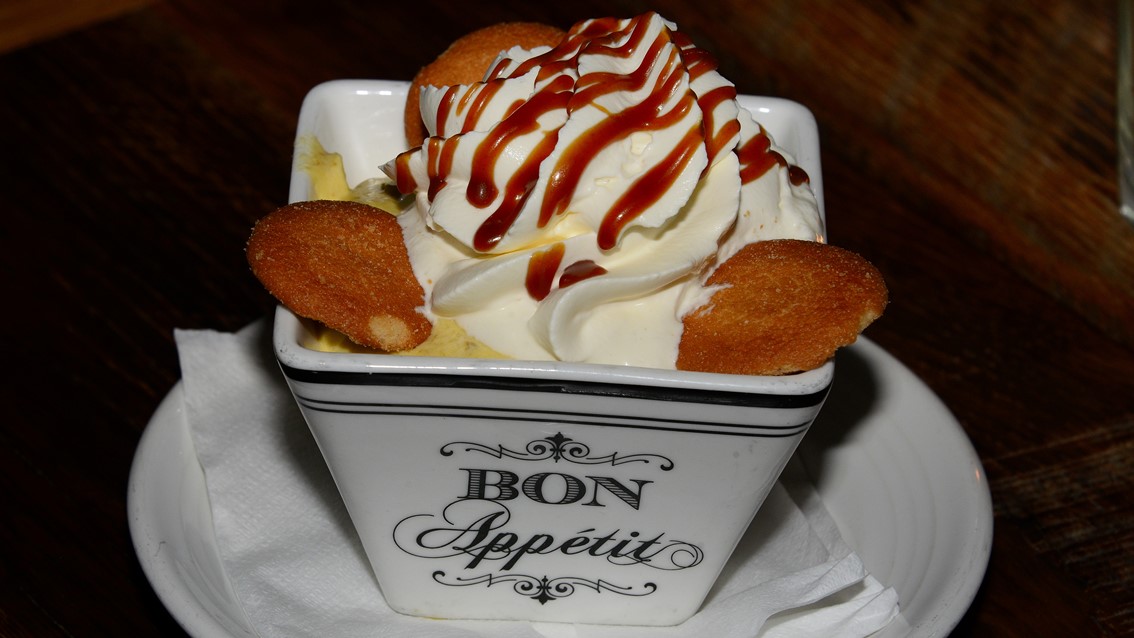